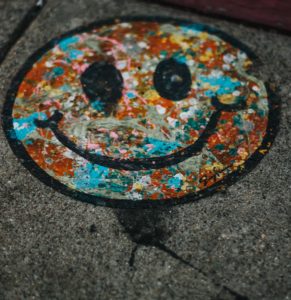 I walked into the Health food store with my index finger held straight up as I could not retract it to the rest of my hand. I woke up one morning with this finger, it felt dead, it was weird, like it was no longer part of my body. It would not listen to my commands to bend.
I had gone to my family doctor, the only thing she said was you have rheumatoid arthritis! Yeah ok, I’m only 29. She offered cortiZone shot, I researched that, heck it wears off, then you need more of it of course. It’s not a cure, not to mention how damaging it is.
I stayed like that a whole month with my dead finger sticking up. I had to find an answer.
I knew that owner of the health food store so off I went to asked him what I could do about my finger as I was feeling desperate and very scared about why it would not bend. The store owner motioned me to meet Valrie Blair who is visiting in the store.
Perhaps Valrie can help you with your finger. I was hopeful as I stood in front of her, but did not understand how she could help. As I explained the problem, that I could not bend my finger and it would not respond to my request, she looked inquisitively at my finger, but didn’t even touch it. Instead Valrie asked me if I would entertain an ‘out of the box’ method of relieving the symptoms she used called, German New Medicine.
I told her I was up for it because I was getting desperate. She asked me several questions,
When did it start? A month ago!
Is it painful? No
Was I left or right handed? Right
How old I was? 29
She requested information from my past which I did not feel had any correlation to my finger situation. I went along with it and revealed all I could remember and answered every question she asked.
She commented on how it looks like it texting position for a finger. I responded, “I do not text”, at that point her eyes widened. “You’re 29 years old and you don’t text? I think we found where to begin!”.
Do you work on the computer perhaps?
Yes, I was trying to finish a business proposal on the computer, leading to possible grant for my business.
Can I ask of any big stresses you may have had in your earlier years?
I don’t see how this correlates with my finger however some years ago while in my late teens, I entered the Miss Canada Pageant. I came in second, the bullying of my co-competitors was intense, now that was an issue.
My mother tried to protect me from the bullying by for bidding me to use my cell phone so I would not be influenced by their words, since I would not comply she finally sending me to the old country for six months.
That stopped the bullying.
That is quite impressive for a young woman, to be in the Miss Canada Pageant. However the outcome of bullying was very unexpected and negative.
It is also very impressive at 29 to get a business grant. Are you possibly afraid of the outcome, possibly a negative one?
Could it be, I am anticipated the worst and my finger locked in place so I could not finish my document?
She asked me if I could see the correlation of the two different events. I said yes I see how they fit together. But that is not helping my finger as I laughingly held it up my non- response finger in front of her face.
She told me to just relax and let the nature do it’s work.
By bringing the past bullying event conscious, my brain was no longer afraid for what might happen with the project.
For five minutes we talked about the health store and how we knew the owners, just small talk. Then Valrie brought my attention back to my finger and asked me how it was doing. I held up my hand and instructed my finger to bend.
To my surprise my finger responded as if nothing had ever gone wrong. It smoothly tucked itself along side the other 4.